Seoul vs Incheon United: will the streak end?

Seoul vs Incheon United: will the streak end? 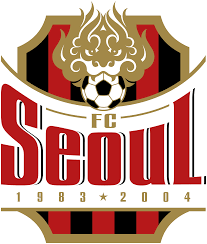 Both have finished two of their last four matches with 1:1 numbers on the scoreboard. The guests score four rounds in a row and allow the opponent to rejoice.

Seoul has surprisingly not yet finished in last place, even though the team last won on March 21st. Since then, the capital's club has entered the field twelve times. In five cases they managed to earn points, reducing the matches to a draw. For example, they managed to share one point each in the last two rounds with “Daegu” and “Gwangyu” (both - 1:1).

It is also worth mentioning that Park Ji-Sup's charges really failed only the game against Suwon Bluewings (0:3) for this segment. In other cases, if the Seoulians were inferior, then with a minimal difference in the score. Will these guys finally get lucky?

Incheon United made their last appearance on the field a long time ago, without spending a single friendly match during a long break. At the moment, the team under the leadership of Sun-Hwang Cho occupies only eighth place, but the gap from the coveted sixth line is only two points with the available game in reserve.

The club left behind a series of four matches without defeat before leaving for the break. True, there was only one victory over "Gwangyu" (2:1). With Pohang Steelers and Chonbuk (both - 1:1), the success was lost in stoppage time, while with Suwon City (2:2), on the contrary, they managed to escape defeat. Will the footballers have a reason to show their heroism again?

Both of them now have to start everything from scratch, a pause for teams was supposed to help reboot and solve certain problems. Nevertheless, in this situation we will push ourselves away from the past and make a choice in favor of guests who are able, at least, not to lose.

Our prediction is that Incheon United will not lose with 1.79 odds from BC 1xBet.

Knowing problems of both sides in the defense of their possessions, one might think about betting on horse total, but players will need some time to catch the rhythm of the game and take a closer look at each other. Therefore, counting on the abundance of heads in the current situation is not worth hoping for.