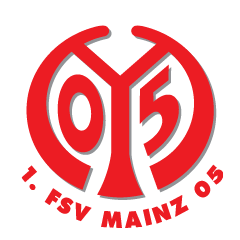 Teams scored four goals for two in the first round. Schalke and Mainz have two of the worst defenses in the tournament. They have conceded 105 goals for two this season. Mainz have scored more than one goal in each of their last two away games.

Unlike their current rival, Schalke began the season with a defeat and continue to collect them up to this day. By the start of the 24th round, the Pitmen are on the last line in the standings, having only nine points in their assets. It will be very difficult to get to the zone of transitional matches. Arminia is already nine points ahead.

In the last round Schalke lost to Stuttgart with a bang, getting five goals into their own net and being able to respond with only one of their own. After this match, the club's management announced the resignation of Christian Gross and appointed the fifth coach at the end of the season in the person of Dimitrios Grammozis. The sports director and practically the entire selection service were also fired.

It is obvious that it will be almost impossible to be saved and all personnel changes are aimed, first of all, for the fight in the Second Bundesliga.

"Mainz" is very weak during the season as a whole, but the starting segment of the championship was especially difficult for the "carnivalists". For a long time, the club closed the Bundesliga standings and competed only with Schalke in terms of the number of defeats, replacing two coaches. However, apparently, the management guessed right with the third mentor and now the club is no longer so hopeless.

Under the leadership of Bo Svensson, Mainz have become relatively stable in taking points. The club is still in the direct relegation zone, but everything may change today. Mainz are 17th in the table with 17 points, but they are only one point behind Arminia, which is in the transition zone and the saving 15th line is at the same distance.

In the last round Mainz lost 0:1 to Augsburg at home. The defeat was the first for the "quarantine" in the last four matches and in this regard it was quite unexpected, considering that "Augsburg" itself does not shine now. More winning soccer predictionnhg can be obtained from the link provided.

Schalke continues to sink and the end of the crisis is not in sight. The coaches are replacing each other, but none of them managed to achieve significant progress. Obviously, the Pitmen have nothing to lose and today they will probably throw all their strength on the attack. Although Mainz is higher in the table, it is also not particularly reliable in defense.

At the same time, the "carnivals" have seriously improved the quality of football recently and today they will clearly be determined to win, so it makes sense to count on a large number of goals in this meeting.

We believe that the match will be productive. Prediction is a total over 2.5 goals. In bookmaker 1xBet this outcome is offered with odds of 1.97.

Place a bet on the line of best betting site in bangladesh with odds of 1.97. 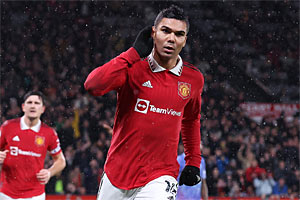