Russia vs Croatia: will the Russians add up under Karpin? | Odds2win

Russia vs Croatia: will the Russians add up under Karpin? | Odds2win 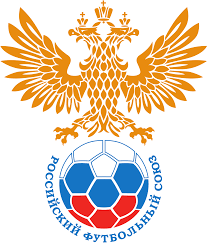 In two of the last four matches with the participation of the Russian national team, penalties were awarded. In the spring the Croats lost to Slovenia and won victories over Cyprus and Malta. In the current selection, Russia takes second place in its group after three rounds, being behind Croatia only in additional indicators.

The Russian national team was not in the most difficult qualification group for the World Championship. Croatia, Slovakia, Cyprus, Slovenia and Malta are trying to make their way to the tournament together with the Russians. In the first round the team, still led by Stanislav Cherchesov, beat Malta with a score 3:1 without any problems, and in the second match, which was already more difficult, it minimally defeated Slovenia (2:1).

Nevertheless, it was not possible to build on the success. In the away match with Slovakia, which had not previously been able to beat either Malta or Cyprus. Russia was considered the favorite, but did not justify the status. The 1:2 defeat in Trnava does not yet allow them to rise above the second line in the table.

After the failure at Euro 2020, Stanislav Cherchesov was dismissed. Valery Karpin was appointed to his place. The new mentor immediately reformatted the squad. Artyom Dzyuba was not included in the application for the September matches of the national team. At the same time, several debuts may take place in the match with Croatia. Arsen Zakharyan and Konstantin Tyukavin, who are great at Dynamo, may well get their chance.

The progress of "Rubin" did not go unnoticed. Yuri Dyupin and Ilya Samoshnikov are in the team's cage. Valery Georgievich also provided the opportunity to play the first match for the national team to the players he knew well from work in Rostov, in the person of Maxim Osipenko and Sergei Pesyakov.

The Croatian national team was considered the main favorite of the group before the start of the qualification. At the same time, the start of Zlatko Dalich's team turned out, to put it mildly, unconvincing. In the first round the “checkers” managed to lose to Slovenia (0:1), failing to score even one goal into the opponent's goal. In the match against Cyprus, where the Croats were also the undisputed favorites, the result was also not what the fans expected, equaling a modest 1:0 victory at home.

The only match where Croatia justified its status was the match with Malta. There the “checkers” scored three goals without any problems, keeping their gates locked. Thus, after three rounds Croatia got to the first line, but it is ahead of Russia only due to additional indicators.

At Euro 2020 the Croats made it out of the group with some difficulty, but already in the 1/8 finals they lost to the Spanish national team with a score 3:5 in extra time after a 3:3 draw in regulation time. At the same time, the leadership of Croatian football did not dare to replace the mentor. Dalic will continue to work. More soccer prediction for today can be obtained from the link provided.

The Russian national team is approaching the fight with Croatia with a new head coach, but more importantly, with a new line-up. Karpin called several young players who, for two seasons, “knocked” on the doors of the national team, but were never heard by Cherchesov. Obviously, the Russians will appear in a completely different guise. The team's play will definitely not be overly pragmatic and monotonous. With the support of 20 thousand fans at Luzhniki, Russia is able to cling to points, especially since Croatia itself is far from ideal.

We believe the hosts have a better chance of winning. Prediction is an Asian handicap (0) for Russia. In bookmaker 1xBet such an outcome is offered with odds of 2.05.

The Russian national team has a desire to change the style. In fact, for these purposes, Valery Karpin was invited and the composition was updated. However, at the same time, the result comes to the fore. The qualification is fleeting and any mistake can deprive the ticket to the World Championship, so caution will be present in the teams' play and the outcome of the meeting will probably be decided by one accurate blow. In our opinion, Russia will be stronger in this scenario.

Our second bet will be the victory of Russia by one goal. Such a bet can be placed for 4.45.

Place a bet with 1xbet promo code in Nepal on the line odds of 2.05.