Reims vs PSG: prediction for the League 1 match | Odds2win

Reims vs PSG: prediction for the League 1 match | Odds2win 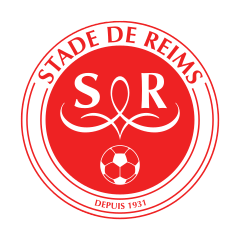 When the two teams last met in the French league, the Parisians had won with a score 4:0 at home the previous season. When making a prediction for the Reims - PSG match, it is worth considering that the capital team has recently been stronger than the opponent, having won four meetings in a row, starting from September 2020.

Reims is now on a series without a win. In the last four rounds, the club has lost twice and drawn. And once the “red-whites” beat “Toulouse”, going in the middle of the table with a score 0:1. The wards of Oscar Garcia themselves have already fallen into the relegation zone. With seven points in the asset, the team is on the 17th line and is inferior to Nantes from the position above in additional parameters.

PSG held the championship without much difficulty. In nine rounds the club lost points only once, having a draw with Monaco (1:1). However, so far the championship leader does not have a strong lead over the pursuers. Marseille from the second place has only two points less than the wards of Christophe Galtier.

However, the Parisians stumbled in the last round of the Champions League. The main European tournament is a long-standing goal of the French giant. So any loss of points there is bad luck for PSG. Having won in two starting matches, the team shared the points with Benfica with a score 1:1. Now the rivals share the first place in the group. More successful soccer prediction can be obtained from the link provided.

We are expecting a big score in this match. It is possible that PSG will not play at full combat strength. Ahead of the Parisians is the continuation of the Champions League, where it is impossible to allow another loss of points. However, even the second squad of the current champion of France is able to score a lot against Reims.

We bet on a total of more than three goals with a quote of 1.78 from 1xBet bookmaker.

But of course, here we do not doubt the success of PSG. The team has not yet guaranteed itself a strong lead over the pursuers. Even losing now, the Parisians can immediately drop to second place. Yes, there are still many rounds before the end of the championship. But we do not believe that the guests will give the opponent a chance even for a draw.

We bet on the Asian handicap (-1.5) on PSG. In the line from the bookmaker, this option received a coefficient of 1.89.

We recommend visit the page 1xbet promo code in India and place a bet on the line of 1xBet with odds of 1.78.