Rapid vs Anorthosis: no sensation?

Rapid vs Anorthosis: no sensation? 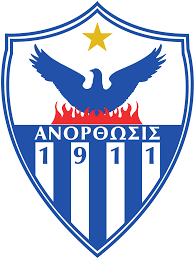 “Rapid” have not won in the previous three games. In the last five away matches of “Anorthosis” both teams have scored.

Rapid started in the Champions League qualification but failed. Dietmar Kuebauer's team managed to win at home with a score 2:1 against Sparta Prague, but lost 0:2 away and left the tournament. In the Austrian Bundesliga, the "green-whites" played two matches. They lost 0:2 to Hartberg and scored a 1:1 draw with LASK, thus moving to 10th place in the table.

Last season Anorthosis did not play very well in the Cyprus championship. They managed to finish only on the fourth line in the table. However, they managed to get a ticket to the European cups due to the victory in the final of the Cup of the country over Olympiacos from Nicosia (2:1). In the new season Temuri Ketsbai's team played only one official match. In the Cyprus Super Cup Anorthosis lost to Omonia in a penalty shootout after a 1:1 draw in regulation time. For more free soccer predictions follow the link.

Rapid failed to maintain the advantage in Prague and went to the Europa League, where they will clearly strive to reach the group. In the class the "green-whites" have a serious advantage. At home "Rapid" is playing very solidly. It is clear that today they will expect to win. "Anorthosis" has not yet gained shape and is playing poorly away, so it makes sense to give preference to the favorite.

We believe that guests have no chance. Prediction is an Asian handicap (-1) for Rapid. In BC 1xBet such an outcome is offered with a coefficient of 2.05.

"Rapid" plays attacking football and in the confrontation with a weaker opponent will probably not deviate from their style. Anorthosis has never been famous for reliable defense. Now the Cypriots are still far from optimal shape, so it makes sense to count on goals in this meeting.