Jerzy Bzhencek's team managed to get hold of three points in the first two rounds of the League of Nations tournament.

Although the Polish national team managed to impose a fight on the Netherlands in the first game, their rival turned out to be stronger and won that match with a minimum score.

In the second round, the Jerzy Bzhencek's charges won the match with a score of 1:2 and Kamil Glik and Kamil Grosicki scored effective strikes in the Poles.

Also, the players of the Polish national team played a test match against their counterparts from Finland last Wednesday, which ended in the defeat of the “owls” (5:1).

The Italian national team leads their quartet in the League of Nations with four points scored after two meetings in the tournament.

Roberto Mancini's wards played a draw with the Bosnians (1:1) in the first game quite unexpectedly, but in a meeting with the Dutch, Squadra Azzurra managed to get a victory with a minimum score.

This week, the Italian national team players played a friendly match like the Poles: the semi-reserve squad of the “azure team” defeated Moldova at home with a score of 6:0.

Bookmakers believe that if the Polish national team has a chance to earn three points in the upcoming game, then they are not very great. Right now, bets on the victory of Jerzy Bzhencek's wards are accepted with a coefficient of 4.16, but the possible triumph of the Italian national team is estimated at a coefficient of 1.97.

The unbeaten run of the “azure team” has been going on for seventeen matches in a row and the Poles are clearly not the rival who can interrupt it. Therefore, we advise you to place a bet on the event: "Draw or win for Italy and the total match is less than 3.5" for 1.59. 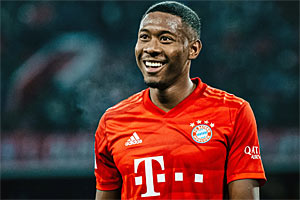