Parma - Atalanta: no chance for the Crusaders?

Parma - Atalanta: no chance for the Crusaders?

Atalanta is considered as favorite, but Parma is a strong team and must fight the Bergamo rival at home.

Parma is not having its worst season. Roberto D'Aversa's team is currently in 11th place in the table. The Crusaders no longer have a chance to compete for the European Cups, but they are not a contender for relegation either, ahead of the 18th Lecce by 14 points.

The last two rounds turned out to be successful for Parma. After a long series without victories, finally came victories. In the 35th round, Parma won a sensational 2-1 victory over Napoli and in the last match they beat Brescia with the same score.

Atalanta has a high level of season and has every chance to compete for silver. By the 27th round the Bergamasks are coming up in third place in the table with 75 points in the asset, losing one point to the second Inter, the fourth Lazio is behind only due to additional indicators.

In the last round, Atalanta scored a 1-1 draw with Milan, having already allowed the second loss of points in the last three matches.

Parma won two victories in a row, but there are still plenty of problems in the team's game. Even the outsider Brescia had a lot of chances in the last meeting, but the implementation failed. Motivated "Atalanta" is unlikely to lose points in a duel with such an opponent. In the attack guests are in full order, personnel losses are at least, so there is a high probability of a major victory for the favorite.

We believe that owners have no chance. Prediction - Asian handicap (-1.5) at Atalanta. In BC 1xBet, this outcome is offered with odds of 1.99 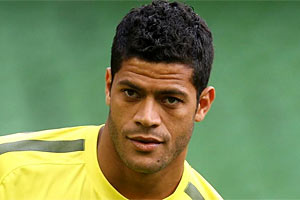