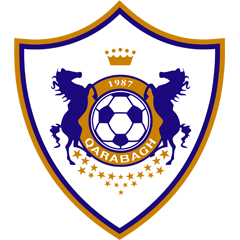 The Greeks approach the match not in the best mood, being in the second most important European Cup in last place. The guests are doing noticeably better, but it is too early for them to relax.

Olympiacos got off to a pretty good start in the current Greek championship and is on the third line, although it is already seven points behind the leader of the standings. On the other hand, in the Europa League, the start was not particularly good, because the team lost to Nantes (1:2) with Freiburg (0:3).

A few days ago the Greeks defeated Atromitos (2:0).

Qarabag is confidently leading the Azerbaijani championship, demonstrating a 100% result and scoring 24 goals in seven matches. Just the other day, they outplayed the once formidable Neftchi with a score of 3:1. It was not possible to break into the Champions League, but the team continues to fight for the playoffs of the Europa League.

If it was not possible to catch on with Freiburg (1:2), then the Azerbaijanis outplayed Nantes (3:0) at the home stadium. More surprise bet of the day can be obtained from the link provided.

In our opinion, the host side will be stronger in today's confrontation. The Greeks are now in dire need of points, so they will fight for every corner of the field, especially in their native land. Yes, maybe they started to win much less often, but the class of players is quite high.

In addition, Azerbaijanis on the road do not look so menacing.

Our prediction is Olympiacos' victory for 1.95 in 1xBet BC.

We assume that this time you should not expect a productive duel. Olympiacos will most likely pay a lot of attention to the defensive line, because of this it is not possible to score points in any way. In turn, they score more than two goals not so often.

We recommend visit the page 1xbet promo code in India and place a bet on the line of 1xBet with odds of 1.95