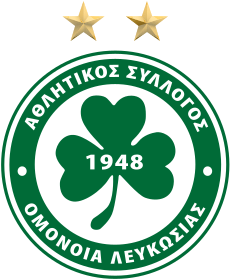 Despite Omonia's galant performance in the past rounds, Olympiacos are the big favorites in this confrontation. Teams are in a simple way from different weight categories. Red-white can lose here only to themselves.

In the new season the "red-whites" have already played two matches, which ended with positive results for Pedro Martins' charges.

For the first time in five years, Olympiacos won the Greek Cup, beating AEK 0-1 in the final match. The only scored goal was scored by Lazar Randzhelovich.

In addition, the "legends" began their performance in the local "Super League" with the defeat of "Asteras". The champions of Greece scored three unanswered goals against the less famous rival.

The Green-Whites have sensationally become the champions of Cyprus and now they have managed to create more than one sensation in the qualifying round for the Champions League group stage.

Henning Berg's team on the way to the final qualifying round of the Champions League defeated such rivals as Ararat-Armenia (0:1), Legia (0:2) and Crvena Zvezda (1:1 - victory in the penalty shootout).

In the Cyprus championship, Omonia played four games, after which the team scored eight points. From the leading Apollo, Henning Berg's charges remain only two points.

Omonia does not have serious financial resources and therefore the main striking force of the team is experienced Europeans, who were not needed by more ambitious teams. The absolute opposite of the Cypriots is Olympiacos.

Even in the domestic championship the Cypriots let a lot of goals into their own gates, but in the duel with Olympiacos, they will make "sieges" once in their possession and, most likely, not one of them will end with successes for the "red and white". Therefore, we advise you to bet on the event: "Olympiacos win or draw and match total is over 2.5" for 1.88