Olimpia vs Internacionale: no favorite?

Olimpia vs Internacionale: no favorite? 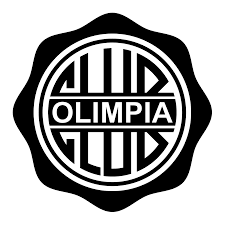 Olimpia won their last three matches in a row. In 3 of Olimpia's last 5 matches, goals have been scored in only one of the halves.

The three-time Libertadores Cup winner and the 45-time Paraguayan champion in the preliminary round could not take the first position. Over 18 rounds the "obvious dean" chalked up 10 wins and three draws, which brought 33 points and second place.

At the stage of the group stage, Olimpia Asuncion managed to get three wins and nine points in six rounds, which was enough to make it to the playoffs. In the last three rounds, the "king of cups" beat Always Red (2:1), lost to "Internacionale" (0:1) and outplayed "Deportiva Tachira" (6:2).

Internacionale won the title of vice-champion of Brazil last season. At the stage of the group stage of the Copa Libertadores, the Colorados took first place in the group. In six rounds the team won three wins and a draw, which brought 10 points and first place.

After defeating today's opponent, Inter drew with Always Red (0:0), for which we made a prediction. In the current championship of the country's major league, the "people's club" takes only 15th place in the standings after 11 rounds.

Statistics of recent matches and performances are on the side of Brazil, but today Internacionale are not in their best shape. In our opinion, the Paraguayan club deserves a victory and we will play a bet on it today.

Our prediction is an Asian handicap (0) on Olimpia and we bet on this on the line of BC 1xBet with the odds of 2.34.

We are not expecting a scoring extravaganza and we assume that in a game of this status, everything can be solved by just one mistake. We expect the success of the defensive line, on which we will play our bet.