Norway vs Turkey Match Prediction: who will suffer | Odds2win.bet

Norway vs Turkey Match Prediction: who will suffer | Odds2win.bet 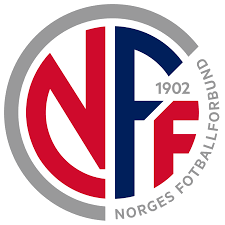 Norway have won 5 wins in their last 10 home matches. In 5 matches of this series the Norwegians conceded. Yilmaz scored three goals in Turkey's last match. Norway is undefeated in 4 of 5 last home matches.

In the opening round of the qualifying round Norway met on a visit with Gibraltar. It was not difficult for the Scandinavian team to beat a modest rival, into whose gates they sent three unanswered goals (3:0).

As a reminder, Lars Lagerbak's charges did not qualify for UEFA EURO 2020. In the main selection, the Norwegians took third place in Group F, where the first two lines were taken by the Swedes and the Spaniards. In the play-offs the team stopped at the semi-final stage, losing at home to Serbia in additional halves (1:2).

Unlike the Norwegians, Turkey secured its entry to the European football forum from the second line of Group H, in which the team scored 23 points, simultaneously beating the reigning world champion French at home (2:0). More success soccer prediction can be obtained from the link provided.

In this meeting bookmakers give the minimum preference to the home team. In home games the Norwegians defend themselves reliably, consistently achieving positive results. But Turkey plays the best matches at the home arena, rather than in the away games. In our opinion, Norway will be closer to victory.

Our prediction is a victory for Norway with a handicap (0). In the bookmaker 1xBet such a bet can be placed at odds of 1.71.

In head-to-head confrontations rivals consistently exchange goals scored. We propose to take this outcome with the second bet.