Nepal vs Australia Match Prediction: the favourite is obvious

Nepal vs Australia Match Prediction: the favourite is obvious 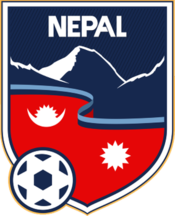 The Nepal team played 14 matches in which they won 4 wins, drew three times and lost 7 matches. Australia, having played 21 matches, won 9 times, 6 matches ended in a draw and suffered 6 defeats.

Just one victory in the last five matches in more than two years and three in 15 games automatically make this team the outsider of this meeting, since its opponent has more victories in the last five matches. However, Nepal can reduce the match to a draw, especially since they will have to play at home. It will be very difficult for the hosts to win against Australia, but such chances cannot be completely ruled out either.

Graham Arnold's team has not lost since June 2019 with six wins in the last six games. The two defeats that the Australians suffered in 2019 were from the UAE and South Korea, before which this team also won most of their matches. Four of the last five victories have been crushing, with an average lead of four goals in the match. So, what is the successful soccer prediction?

The second team has a huge advantage both in terms of the latest results and in person, so it makes sense to bet only on it. You can not expect high odds for their victory, it is already obvious to everyone, but you can put the ball on the handicap of Australia (-3), for example, from BC 1xBet in 1.47.