Napoli vs AZ Alkmaar. Will Naples not be hospitable for guests from the Netherlands? Prediction | Odds2win.bet

Napoli vs AZ Alkmaar. Will Naples not be hospitable for guests from the Netherlands? Prediction | Odds2win.bet 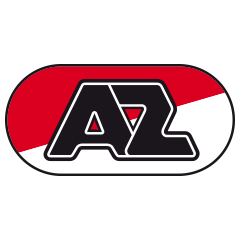 AZ and Napoli play regularly in European competitions. And never before these teams had a chance to meet each other. Napoli's last 16 matches at home arena in the Europa League (out of the 21st last) ended with a horse total over 2.5. 6 of AZ's previous 8 away games, within the LE, ended with the "both will score - no" bet.

Napoli is in a great mood for the start of the European competition. Rino Gattuso's charges defeated Atalanta (4:1) in the last round of the Italian championship at home. Irving Lozano scored a double. Another goal scored by Victor Osimien and Matteo Politano.

In the Europa League "parthenope" took part not so long ago. Back in the 18/19 season they got into the playoffs of the tournament after being eliminated from the Champions League. The Italians reached the quarterfinals, where they were defeated with a final score of 3:0 from Arsenal.

Napoli played in the group stage for the last time in the 2015/2016 season. Curiously, the team won 6 times in 6 rounds, scoring 22 goals and conceding 3. So far, 22 goals in the LE group is one of the best indicators in the history of the tournament.

According to the latest information, the Italians have no injured or disqualified members.

The last 3 games of the Neapolitans at home in the Europa League ended with a bet on "both will score - no".

AZ started the current European Cup company as a team from the Champions League qualification. First, Arne Slota's charges defeated Vitoria Plzen (3:1) and a few days later they were defeated by Dynamo Kiev (2:0) in the next stage.

Last season the “farmers” also played in the Europa League group. The rivals were Partizan, Manchester United and Astana. Representatives of the Eredivisie took the 2nd place, gaining 9 points in 6 matches. They managed to score 15 goals, and conceded 10.

As for AZ's away performances, within the Europa League, in the last 10 fights results were shown as follows: 4 wins, 2 draws and 4 losses. In 7 games a bet was recorded on "both will score - no"

In the last 4 games, within the framework of the domestic championship, AZ has never won, but also never lost, having 4 world outcomes.

This is one of those games where teams meet that surely wouldn't get lost in the Champions League group. And yet, Napoli is the favorite here. It's not even about the factor of our own field, but about the fact that the team is stronger, as well as an excellent motivator for the after-head coach. Gattuso knows how to tune his charges for important games. The recent meeting with Atalanta is the main confirmation of this.

Guests will have chances to score. After all, they are a hammering team. But at the same time, the "parthenope" will score their own goal, we are sure about it. We suggest betting on "both will score - yes".