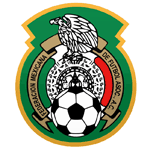 The 11-time CONCACAF Gold Cup and 1999 Confederations Cup winner played its last official match on November 20th, when they beat Bermuda at home with a score 2:1 in the League of Nations.

In this competition the Mexican national team showed the maximum result, while scoring 13 times in four games. In 2021 the team played two friendly games in which they beat Costa Rica (1:0) and lost to Wales (0:1).

Iceland's national team first reached the European Championship in 2016, where they were able to make it to the quarterfinals. Two years later the islanders took part in the World Championship in Russia, but Arnar Vidarsson's charges did not go beyond the group stage. The Vikings did not make it to Euro 2020 and the streak of 10 defeats in the last 12 fights is not impressive.

The team started the selection process for the 2022 World Cup with two defeats, one from Germany (0:3) and the other one from Armenia (0:2). In the last duel the northerners defeated Liechtenstein on the road (4:1). So, what is the successful soccer prediction?

In our opinion, the Icelandic national team is already far from the model of five years ago. The nominal hosts of the fight are in good shape, besides, they have a serious rotation, which will allow changing the game tactics already in the course of the fight.

Our prediction is a victory for Mexico with a handicap (-1) the ball and we bet on it on the line of BC 1xBet with odds 1.98.

The fight has the status of a friendly, which implies the absence of pressure for the result. We expect attacking football and scoring chances.