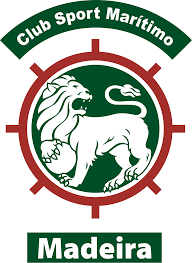 Braga looked generally stronger in face-to-face meetings, including last games. Now the "archbishops" have 3 victories in a row with the same 2:1 score. It was in January, when Carlos Carvalyal's charges were winning at home.

“Lions of Madeira” as a whole gave out, albeit not so well, but definitely not a disastrous season. Yes, a serious step back was made. If last season it was possible to stay approximately in the middle of the table, now they are moving closer to the danger zone. For 29 rounds, 30 points were scored, which, as a rule, was mostly enough not to go to the bottom. But not in the current Primeira, where Nacional and, most likely, Farense will definitely take off, but in the 16th position there may be 4-6 teams. However, the rate on Julio Velazquez, which was appointed a little more than a month ago, began to justify itself. At first he did not succeed in everything, but in the 4 extreme rounds he won 3 victories (all 1:0), including both extreme ones.

First of all,“Archbishops” managed to get to the final of the Portuguese Cup. To do this, they had to beat 5 opponents, including 1/2 to deal with the formidable Porto (1:1 at home, 3:2 away). In the Europa League, there was a fairly decent result. Together with Lester, they left the group, where were also AEK and Zarya. But already in 1/16 Roma fell to the Portuguese and Paulo Fonseca was able to knock out his former team (and now his “wolves” will play in the semifinals on Thursday). Now Primeira is ahead of the RPL in the club rankings, so the “bronze” place will already be sent to the Champions League qualification. For them, a fight is underway with Benfica. True, if until mid-March there were good results, then in the spring Braga loses points too often. In addition, on Sunday evening there was a fight with Sporting. There, the "archbishops" looked decent at home with the leader, but they also spent a lot of effort. So, what is the soccer bet prediction for today?

"Maritimo" now needs points, so it is unlikely that "Braga" will be able to calmly beat the opponent. Taking into account the motivation of hosts and guests, we propose to consider the bet "both to score - yes", which can be played at the Betway bookmaker at odds of 1.75.

The second bet will be on the victory of Braga 1.57.