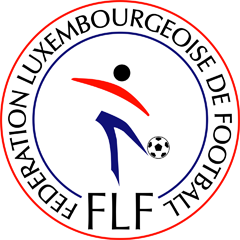 The Portuguese have not scored less than two goals against Luxembourg on its field. Guests played very well in first minutes with the Serbs, so we expect to see such activity from them even now.

Unexpectedly for everyone, Luxembourg is currently the leader of the quintet in terms of lost points and if a miracle happens today and Serbia will not beat Azerbaijan in a parallel game, then Luke Holz's charges will move to a clear first place. But these are just fantasies that have practically nothing to do with reality.

Nevertheless, the “red lions” did a real feat last week, achieving a well-deserved victory over Ireland in Dublin in an equal game. Everything was decided by one accurate shot in the 85th minute performed by the forward of Kyiv "Dynamo" Gerson Rodriguez (1:0). By the way, this victory over the Irish was the first for Luxembourg in the history of meetings.

Portugal was supposed to single-handedly lead the table of its group, but instead it turned out to be a dual power along with Serbia, the game with which ended in a scandal. Recall for those who are not aware: referees did not see how the ball crossed the goal line after being hit by Cristiano Ronaldo and VAR was not involved in this game. As a result, instead of 3:2, it turned out to 2:2. However, there are a lot of questions to the Fernando Santos team. After all, the score after the first half was in their favor thanks to Diogo Zhota's double.

The “chosen ones” showed themselves not too convincingly against Azerbaijan, having sent only one ball into the opponent's goal with a huge advantage. The coaching staff has something to think about. More success soccer prediction can be obtained from the link provided.

Owners are very unlucky with the fact that their counterpart comes to them very angry and will try to take the soul away from the outsider. Of course, they will flounder, will show some kind of resistance, but forces are too unequal.

Our prediction is a victory for Portugal with a handicap (-2) of the ball with a coefficient of 1.98 from BC 1xBet.

As for the performance, the underdog will have very few chances to prove themselves, since the reigning European champions will take to the field very collected, upsetting the Luxembourgers over and over again. By the way, they managed to excel at least once in only two fights in the entire history of the confrontation.

Place a bet with 1xbet promo code in Nepal on the line odds of 1.98.