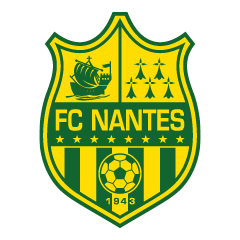 Lille won their last five home games. Nantes have failed to score in 3 of their last 5 away games At least three goals have been scored in 6 of the last 7 head-to-head matches. The last personal meeting ended with the victory of "Lille" (1:0).

According to results of the last championship of France, "Lille" managed to score 15 wins and four draws, which brought 49 points and the fourth final place. The four-time French champion managed to play 28 matches before the start of the coronavirus pandemic, in which they won 15 victories and four matches ended in a draw.

The start of the tournament of the major league of the country-2020/21 "dogs" can write themselves into an asset. They got two victories and two world ones. Last Sunday, the "red-blue" took away points from "Marseille" away (0:0).

Nyasse, Sumaro will not be able to take part in today's game and the entrance to the Sheka field is in question.

The three-time Cup winner and eight-time French champion at the close of the last tournament of the elite series stopped at the 13-th position, but the gap from the European cup zone was only four points.

The start of the new season 2020/21 for Nantes came out a little crumpled. After an away draw with Bordeaux (0:0) the Canaries beat Nimes (2:1). Last Sunday Christian Gourcuff's wards delighted the fans with a scoring extravaganza in their field, but as a result they brought only one point to the piggy bank (2:2).

Team Coulibaly, Limbomba, Mendy and Charlie are in the infirmary.

Lille successfully plays against the Canaries not only at home. In recent years, the "dogs" have not had a more convenient rival. We believe that today the statistics of personal meetings will not change and we will have a productive duel.

We expect another success of hosts, but still we will insure the bet with a combined bet.

Our prediction is that Lille will not lose + total over 2.5 goals and we bet on this on the line of BC 1xBet with odds 2.53