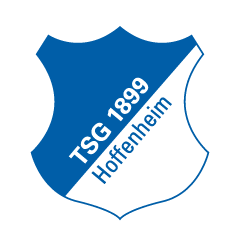 Leipzig as a whole has a very high level in the season. Julian Nagelsmann's team is still a contender for the championship title. The “bulls” mentor publicly denies his team's claims to the “salad bowl”, but the club definitely has such plans and it has the potential for such a fight.

At the moment, Leipzig is second in the table and is five points behind the leader of Bayern. It is still quite possible to win back such a handicap. From below the bulls are pressed by Wolfsburg, which has six points less. At a distance of seven points is Eintracht Frankfurt. So far there is no particular threat to the second line, but one mistake can change the situation.

In the last round, Leipzig defeated Werder Bremen with a score of 4:1. The victory was already the 18th in the season for the bulls in the Bundesliga. The club also continues to fight for the German Cup. In the semifinals Leipzig will face off against Werder Bremen.

Hoffenheim can hardly be satisfied with their standings. Sebastian Hoeness' team clearly relied on reaching the European competition, but they did not succeed in achieving what they wanted. At the moment, the "villagers" are on the 12th line in the table with 31 points in the asset, going ahead of "Arminia" in the zone of transitional matches by five points, which so far do not guarantee anything.

In the last month Hoffenheim has fallen into a serious crisis. The unsuccessful streak started in the 25th round, where there was a 0:2 defeat to Stuttgart. Further, the "village" were left without points in the duels with "Mainz" (1:2) and "Augsburg" (1:2), threatening their registration in the Bundesliga. The series of defeats was stopped in the last round. At home Hoffenheim snatched a goalless draw from Bayer. So, what is the football predictions from the experts for today?

Leipzig took advantage of Bayern's misfire in the last round and reduced the distance from the leader to five points, which left chances for success. Obviously, the bulls will not slow down and today they will only play to win. Hoffenheim is in very bad shape and is unlikely to be able to give a fight to a more classy and motivated opponent now.

We believe that guests have no chance. Prediction is Asian handicap (-1) at Leipzig. In bookmaker 1xBet this outcome is offered with odds of 1.61.

Leipzig have a very solid line of attack, which very rarely fails. In defense "Hoffenheim" plays ugly and it will be almost impossible for them to stay dry. However, the "village" is quite capable of hitting a goal of prestige.

Our second bet will be over three goals total. This bet can be placed for 1.85.