The Peacocks have not scored more than one goal in 12 of their 16 previous home games in the Premier League. Six of Leeds' previous seven home games have had no more goals in the first half. Tottenham striker has 21 goals in the current championship. Tottenham have conceded nine of their last ten away games.

The Peacocks played away with Brighton in the last round. "Leeds" looked in the fight rather pale and deservedly lost with a score of 0:2. This failure interrupted the successful streak of Marcelo Bielsa's wards, which consisted of six matches in a row. During this period, Leeds managed to achieve victories in confrontations with Fulham, Sheffield United and Manchester City, beating all three opponents with the same score 2:1. Also during this segment, they ended in a draw against Chelsea (0:0), Liverpool (1:1) and Manchester United (0:0).

"Peacocks" have successfully moved up the standings, although they have not claimed anything serious for a long time. Marcelo Bielsa's wards are in 11th place with 47 points. They are seven points behind the European competition zone, which will be quite difficult to win back in four matches.

Leeds are currently eighth in the Premier League in home play. In 17 home matches, the "Peacocks" won six victories, lost the same number of times and went on to break up in five. In the last seven fights in the home arena, Bielsa's charges lost only to Aston Villa with a minimum score of 0:1.

At Leeds, due to injuries, midfielders Elder Costa and Adam Forshaw will not play in the match. Participation in the duel of Rafinha Diaz and Calvin Phillips is questionable.

It seems, dismissal from the coaching bridge Jose Mourinho went to the benefit of the London club. Under the leadership of Ryan Mason, Tottenham first drew with Everton (2:2) and then beat Southampton (2:1) and Sheffield United (4:0).

Before the upcoming match in the standings "Spurs" occupy the sixth place. The London club has 56 points on its balance sheet. Tottenham are two points behind West Ham and five behind fourth Chelsea. However, behind is Liverpool by two points and Everton is by four points, which are ready to oust the Londoners from the European competition zone. In addition, the pursuers played one less game.

One of the reasons for Mourinho's dismissal was just Tottenham's unsuccessful away game. Spurs have achieved just three wins in their last 13 away games. In general, in the course of the championship, the London club won seven times in 17 away matches, finished five meetings in a draw and lost five times.

Defender Ben Davis will not play for Tottenham due to injury. So, what is the soccer bet prediction for today?

It should be noted that in the last matches Tottenham showed themselves well in attack. The team scored at least twice, although there are problems in defense. In our opinion, motivation will play an important role in this meeting. In the remaining fights, the "spurs" cannot be mistaken in any way.

Our prediction is Tottenham's victory for 2.09 in BC 1xBet.

Guests, of course, will play on the attack, because they only need a victory in this match. Leeds may well support the aggressive nature of the match. Peacocks can also score.

How to Place a Bet and Enjoy…

If you are one of the millions of people around the world who enjoys watching your favorite events in person or on television, whether this means… 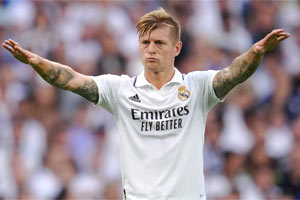