Lazio vs Crotone Match Prediction: will "Eagles" not experience difficulties with an outsider at home? Odds2win.bet

Lazio vs Crotone Match Prediction: will "Eagles" not experience difficulties with an outsider at home? Odds2win.bet 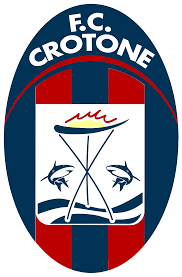 In the last five personal matches Lazio won three victories and once the success was celebrated by Crotone. In the first round game the Romans won away (2:0).

Lazio is seventh with 43 points. Four points are now separated by seven points. Given the level of competition, it will be very difficult for the Romans to get to the top. The team has lost stability, the attack looks faded and urgent decisions are needed in this regard.

In the match against Sampdoria they managed to win (1:0), but even then it was felt that Lazio was clearly not in order, but the Eagles were lucky to get victory. In the meeting against Bologna there was a defeat (0:2) and this is exactly the same reflection of the bad state. And after that the team also lost to Juventus (1:3), failing to create intrigue.

The pause due to the postponement of the match against Torino was detrimental to Lazio. Ciro Immobile has disappeared and this is the main hope of the club. The team will have to re-gain momentum to get involved in the struggle for the European Cup places. There are still chances, but it is no longer possible to lose points out of the blue.

Crotone is on the 20th line with 15 points. There are seven points to the saving place. And so far there are absolutely no prerequisites that Crotone will be able to make a comeback. 64 conceded goals in 26 rounds speak for themselves. With a passing defense like this, it’s hard to expect any acceptable results, especially if you are playing against a team that is superior to you in class.

The fight against Cagliari was decisive in many ways, because the victory could revive the intrigue, but Crotone lost (0:2). Against Atalanta everything was clear even before the start of the meeting, a complete rout (1:5). And then there is a victory over Torino (4:2). However, there is a perfectly logical explanation for this victory. The fact is that there was an outbreak of coronavirus in Torino and the composition of this club, of course, was not optimal. Crotone seized the right moment perfectly and secured their fourth win of the season.

Nevertheless, it is unlikely that this victory will somehow seriously affect the team in the next matches. This is only an isolated case. There is no need to talk about a trend here.

Betting on Lazio to win with a handicap (-1.5), the 1xBet betting company offers with the odds of 1.88. The team is considered the undisputed favorite of the confrontation and must urgently correct the situation, since the club's current position in the standings does not suit either the management, or fans, or the coaching staff.