Inter - Fiorentina: who will take points?

Inter - Fiorentina: who will take points?

Вступление: Inter does not lose to Fiorentina in seven matches, having three wins and four draws. In their last five home games Inter have won four wins over Fiorentina. Fiorentina won only in one of the last three away matches.

Inter had a dashing start last season. Antonio Conte's team led the championship for some time and gave the fans reason for optimism. However, in the end the Nerazzurri did not manage to really compete for the scudetto. They came to the finish line, being one point behind Juventus, but the “old lady” guaranteed itself the title in advance and allowed itself to lose points in the final segment.

Inter has achieved the greatest success in the Europa League. After failing to qualify for a group in the Champions League, they ended up in the Europa League playoffs. In the 1/16 finals the Nerazzurri dealt with Ludogorets and in August went to the final tournament in Germany. Over there Conte's team dealt alternately with Getafe (2:0), Bayer (2:1) and Shakhtar Donetsk (5:0), ending up in the final.

However, they failed to win the trophy. Sevilla skillfully realized their chances and won 3:2, taking the medals. As for transfers, it makes sense to note the acquisition of Ashraf Hakimi from Real Madrid. The Moroccan showed himself excellently in Borussia Dortmund last season. Also, Alexander Kolarov was acquired from Roma.

Fiorentina clearly relied on the European competition last season, but failed. Fully "violets" did not even join the fight. They came to the finish line 10th, being 13 points behind the seventh "Napoli". Nevertheless, Giuseppe Yachini managed to keep the position, the team entered the new season under his leadership.

Violets did not make any serious transfers. Their roster is more than solid. They even had to get rid of some players, but they could not pass by signing Giacomo Bonaventura as a free agent.

Yakini allowed the newcomer to make his debut in the starting lineup. In the first round of the championship Fiorentina played at home with Torino and won with a score of 1:0, being on the sixth line in the table.

Inter could not win a single trophy last season, but there is definitely progress in the team's game. The management spares no money for transfers and the team probably faces the most serious tasks, which it is quite capable of solving, especially, since Juventus has seriously rebuilt in the new season and the Nerazzurri will have a real chance to remove it from the throne.

Traditionally, Fiorentina has played unsuccessfully with Inter in recent years and the situation is unlikely to change dramatically today. The Nerazzurri outnumber the Violets in the class and they will not be motivated.

We believe that guests have no chance. Forecast is Asian handicap (-1) at Inter. In 1xBet this outcome is offered with odds of 1.99 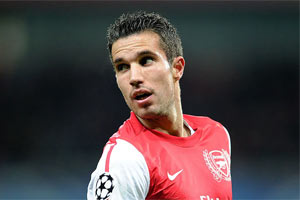