India vs Oman Match Prediction: Who will be stronger? | Odds2win.bet

India vs Oman Match Prediction: Who will be stronger? | Odds2win.bet 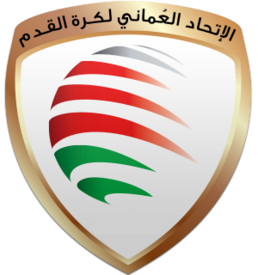 Both teams are in the same group for the 2022 World Cup qualifying round. India has lost its chances to qualify from the group, while Oman continues to fight for the first place, being 4 points behind the leading Qatar. India and Oman managed to play both matches in the group in the qualifying stage for the World Cup. In each of them Oman won with a score 2:1 away and 1:0 at home.

For a year and a half the Indian national team did not delight fans with their game. After a pause in the qualifying cycle for the 2022 World Cup, India did not hold friendly fights and now it is gradually coming out of the shadows, since the first official fight of the year against Qatar will take place in the summer. The Indian national team plays in Group E, where it currently occupies 4th place with 3 points after five matches played.

Oman, on the other hand, is much more active. In addition to the qualifying round for the 2022 World Cup, in which the national team shows itself quite successfully, occupying the second position after five rounds with 12 points, it still managed to take part in the Gulf Nations Cup, but could not get out of the group, finishing in third place with four points after three matches. In 2020 Oman did not enter the field, but in March of this year they decided to get actively down to business, having already managed to hold one friendly match, namely a 0:0 draw with the Jordanian national team. More soccer win predictions can be obtained from the link provided.

The Omani national team is approaching the match in the status of a clear favorite and we believe that it should not have any difficulties in achieving a positive result. Choose victory of Oman for 1.45.

Place a bet with 1xbet promo code in Nepal on the line odds of 1.45.