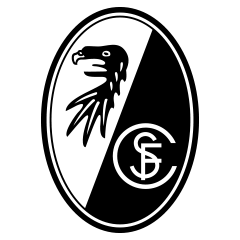 Penalties were awarded in the last two head-to-head meetings between clubs. Hertha have scored in the first half in their last two home games.

Hertha is having a very weak season. Pal Dardai's team is currently in the direct relegation zone. The “old lady” has 27 points. Two points are missing to the transitional matches zone and the saving 15th line is three points away, but the capital club has two more matches in reserve.

In the last match Hertha scored a 1:1 draw with Mainz away, extending the unbeaten streak to four matches.

In general, Freiburg has a very decent season. Christian Streich's team is in ninth place in the table. At the same time, it will be problematic to reach the zone of European cups. The sixth Bayer has nine points more, but the pharmacists have played a match more.

In the last round, Freiburg scored a 1:1 draw with Hoffenheim, thus not losing in the second match in a row. So, what is the soccer bet prediction for today?

Hertha has not lost in four matches in a row, but only one of them ended in victory. It will be very difficult to count on salvation at this pace. However, Hertha is staffed with very high-quality players who are able to pull themselves together and improve at the most crucial part of the season, so Freiburg has not very many chances for points.

We believe that guests have no chance. The prediction is a victory for Hertha. In bookmaker 1xBet, such an outcome is offered with a coefficient of 2.08.

Hertha will definitely play today only to win and will obviously pay maximum attention to the attack. Even a draw will not suit hosts today. In the attack the “old lady” has high-quality performers and “Hertha” will obviously not leave guests "dry". But at the same time, hosts are far from ideal in defense, so Freiburg can also count on their goal.

Our second bet will be both to score. This bet can be placed for 1.72.