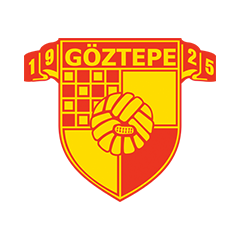 “Goztepe” lost one match of the last six in the Super League. “Sivasspor” has not lost in the championship for five games in a row. In the first round “Goztepe” defeated “Sivasspor” on its field with a score of 0:1.

After an excellent series of five matches, in which the team won four wins and drew once, they were defeated in the away meeting against Ankaragucu (0:3). On one hand, “Goztepe” should blame itself, perhaps there was an insufficient attitude to play against the team, which at that time was in the relegation zone and on the other, “Ankaragucu” simply acted more aggressively and sharper in attack, because three points were needed like air. In any case, now “Goztepe” is not in danger, as the team is ahead of the zone of relegation in the class by 10 points and is 13 points behind the European Cup places.

Sivasspor, which is not threatened with departure, can also feel calm. Now they have the tenth line and 37 points and the distance from the relegation zone is eight points. Surprisingly, having lost the pressure, “Sivasspor” began to gain points on a regular basis. In the last five rounds the team won two and drew three more times. In the rest of the season, they can play for their own pleasure and strive to rise higher, but you will not be able to get into European cups. More today soccer predictions can be obtained from the link provided.

Such matches are usually described as games with three outcomes, because opponents are equal and there is no tournament motivation as such. It is difficult to say who needs victory here and who wants it more. We think it's more logical to pay attention to the performance and play the total over 2 for 1.57.