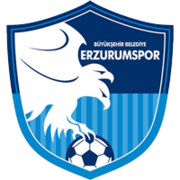 Galatasaray won their last seven Super League games. Erzurumspor lost one match out of the last seven. In total, teams met three times each time during the Super League, which ended with 2 victories of Galatasaray and a draw.

The leader of the championship is waiting for the arrival of the fighter for survival. At first glance, it seems that for owners everything should turn out easily and naturally, but how will it really be? At the moment, Galatasaray is ranked first with 54 points. It is three points ahead of Fenerbahce and Besiktas, but the latter have less game. “Yellow-red” gained a great move, as evidenced by a winning streak of 7 matches in a row. In the last round Galatasaray outplayed Alanyaspor (0:1).

Gradually, Erzurumspor, which managed to leave the relegation zone, begins to get out of the pit. This local success was facilitated by good results in the last 7 meetings, of which the team lost only once, in addition to this having 3 wins and 3 draws. In the last three away matches, “Erzurumspor” scored seven points out of nine, conceding only once. At the moment, the team is in 17th place with 25 points. The gap from the relegation zone is 1 point. More accurate soccer prediction sites can be obtained from the link provided.

Although hosts do not particularly like to win big, often content with an advantage of one goal, in the upcoming game we will focus on effective football. Guests may well score and this will force hosts to respond with two effective strikes. For some reason, the result is seen as 2:1 or 3:1. We will trust our instincts and put more than 2.5 goals on the total. Prediction: total over 2.5 1xBet 1.50.

Place a bet on the line of best betting site in bangladesh with odds of 1.50.