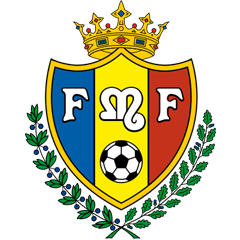 Denmark haven't conceded in 6 of their last 10 matches. Denmark has scored goals in both halves in its last four games. Moldova have failed to score in 7 of their last 8 meetings.

The 1992 European champion made its way to Euro 2020 from second place in the group standings with Switzerland and Ireland. The team performed well in the League of Nations, where Olsen's 11 friends played in the top division and lost only to Belgium, while being ahead of England and Iceland.

The Italian specialist Roberto Bordin has not yet been able to assemble an efficient team. The last time the national team of Moldova won, was in June 2019 and soon the whole country will “celebrate” the two-year anniversary of this event. Moldova failed the qualifying round for Euro 2020, where it took the last place in the group.

Hopes for a successful performance with equal teams in the League of Nations also did not materialize, possessing the last place in League C without a single victory in a quartet with Kosovo, Greece and Slovenia. In the first qualifying duel in Qatar-2022, guests kept a draw with the Faroe Islands (1:1) with great difficulty, for which we made a prediction. More success soccer prediction can be obtained from the link provided.

Today, teams of different classes will enter the field and only a miracle will allow guests not to lose. In our opinion, a miracle will not happen and the "scarlet guard" will take home three points into the piggy bank and will do it with confidence.

Our prediction is that Denmark will win with a handicap (-3) of a goal and we bet on this on the line of BC 1xBet with odds 1.95.

Moldova has problems with the realization of chances and with the line of defense, which hosts can take advantage of.

Place a bet with 1xbet promo code in Nepal on the line odds of 1.95.