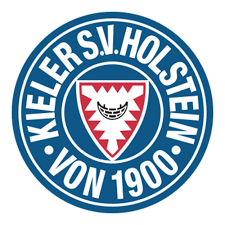 Cologne had a frankly weak season, almost saying goodbye to the Bundesliga directly. Throughout the championship, the "goats" were notably stormy, but the finish was especially disastrous. Everything turned into a resignation for Marcus Gizdol. The role of crisis manager was assigned to Friedhelm Funkel, who managed to keep avoiding a direct relegation. The "goats" finished 16th in the table, being two points ahead of Werder Bremen.

Holstein has a strong season. Ole Werner's team has been a candidate for promotion throughout the season. However, it didn't work out directly for the Bundesliga. The 2:3 defeat to Darmstadt in the last round threw the storks to third place in the table and now they will have to fight with Cologne for the Bundesliga.

Also, Holstein knocked out Bayern Munich from the German Cup and reached the semifinals of the tournament, where they were mercilessly beaten by Borussia Dortmund (0:5). So, what is the accurate football predictions ?

Cologne made their way into the play-offs with some difficulty and got into rivals Holstein, in the confrontation with which the "goats" are definitely favorites. On the side of "Cologne" are experience and class. Despite all the achievements, right now the "storks" are not up to the level of the Bundesliga.

At home, Cologne will obviously play only to win and the chances of getting it, in our opinion, are very high. Holstein makes a lot of mistakes in defense,and two defeats in a row in the most important matches indicate not the best psychological state of the team.

We believe that guests have no chance. The prediction is the victory of "Cologne". In bookmaker 1xBet such an outcome is offered with odds of 1.72.

"Cologne" is not a super effective team. In the last three meetings the "goats" have scored only two goals. Today the cost of a mistake will be too high, so owners are unlikely to reveal themselves. The same can be said about Holstein, which will clearly rely on defense in the away meeting.