The central match of the 26th round can make a serious intrigue in the battle for the 4th and 5th positions of the standings, which make it possible to enter the Champions League (5th place became such after the removal of Manchester City from the European Cups). The current form of both rivals is not the best. Londoners in the last 3 rounds scored only 2 points, and Mancunians over the same period - 1 point.

For Chelsea, the season is not easy. After last season, a number of key players left the club - Eden Hazard, David Louis, Gary Cahill. In addition, a transfer ban was imposed on the team, and therefore the team practically did not strengthen. The bet was made on young football players, led by Frank Lampard. He did not have enough coaching experience at a high level, but the leadership of the "pensioners", as it turned out, did not fail. At the moment, the “blues” settled in fourth place. Going up in the standings will be very difficult, because Leicester and Manchester City have already come off decently and are not going to lose points. Nevertheless, to get into the Champions League there are good chances, given the disqualification of the “citizens”. Chelsea will not be able to count on Christian Pulisic, who is injured. The participation of midfielder Ruben Loftus-Chick and striker Tammy Abraham is in question.

“Red Devils” also look a little worse in the current championship. Unlike the future opponent, in the summer a lot of money was spent on strengthening, however, this did not appear on the quality of the game. In 2020, Manchester United managed to beat only the hopeless outsider Norwich 4-0. In the remaining matches, the Mankunians ended in a draw with Wolverhampton (0: 0), lost to Arsenal (0: 2), Liverpool (0: 2) and Burnley (0:2). Such results were reflected in the tournament position. The Red Devils dropped from fifth to eighth. At the moment, they are four points behind the top five. In many ways, the latest results were affected by the absence of Marcus Rushford in the team. He was exactly who skillfully organized the attacks of the Mankunians. He dropped out of the squad for several months, having been injured. To compensate for the losses in the attack, the club management signed Bruno Fernandes and Odion Igalo. In addition to Rushford, they will not play due to injuries Axel Tuanzebe, Paul Pogba and Scott Mctominay. More soccer winning predictions can be obtained from the link provided.

Both teams are no longer stable game. Chelsea did not win at home so often, losing even rivals lower than Manchester United. The “Red Devils” have nowhere to retreat. The fight for a place in the Champions League is now serious. On the road, the “Mankunians” play poorly, but they can assemble at the right time. In our opinion, the guests will not lose. Our prediction - Manchester United will not lose We recommend visit the page betting sites in bangladesh and place a bet on Double Chance with odds 2.01 at 1xBet
Compare Odds
Bet Now! 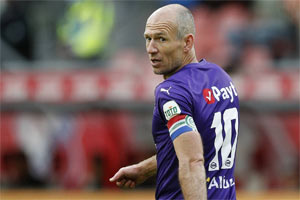