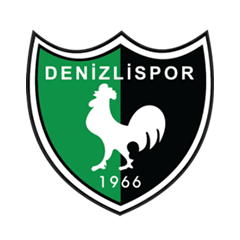 Denizlispor lost nine last matches at Besiktas stadium. Besiktas scored their last three home victories over an opponent with a score of 1:0. The bet on total under 4.5 took place in nine out of 10 previous home matches of Besiktas. Denizlispor lost three previous away matches in Super League.

In the last five rounds of the championship "Besiktas" made two misfires. First, the Istanbul club lost at the home arena to Trabzonspor (1:2) and then shared points away from Antalyaspor (1:1).

Sergen Yalchyn's wards managed to rehabilitate for these failures in clean sheets against Konyaspor (1:0) and Genclerbirligi (3:0) in the last round. Also on February 11th, the Eagles secured an entry into the Turkish Cup semifinals by defeating the aforementioned Konyaspor in a penalty shootout (2:1). In the championship standings Besiktas shares the second place with Fenerbahce, being three points behind the leader of Galatasaray with one game in hand.

For the remainder of the current campaign Denizlispor will fight for survival. At the moment the "roosters" are in the relegation zone, taking the third place from the bottom in the standings. The team is four points behind the safe place.

On February 20th, Hakan Kutlu's squad secured the fifth victory in the league, beating the main outsider Genclerbirliga (1:0) at home. Prior to that, Denizlispor lost to Konyaspor (0:2) and Trabzonspor (0:1) and also shared the tournament points with Antalyaspor (1:1). More soccer analysis and predictions can be obtained from the link provided.

The density at the top of the tournament table obliges Besiktas to play with extreme motivation in every match. In this meeting the "eagles" have an excellent opportunity to take three points and get closer to the leader.

This is supported by depressing results of Denizlispor in Istanbul, where the team consistently fails. We propose to take a combined rate in favor of the favorite and low performance, which was recorded in the last face-to-face meetings of opponents.

Our prediction is the victory of Besiktas + total under 4.5 goals with odds 1.72 in BC 1xBet.