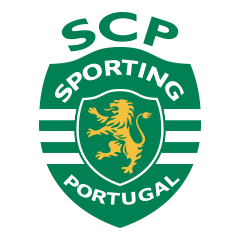 At the moment, the statistics of head-to-head matches has 37 matches in which the Benfica team came out the winner 19 times. The Sporting team were stronger in 8 games, while in 10 meetings clubs could not determine the winner. Last time they identified the winner on February 1st, 2021 and after the final whistle the score was 1:0.

Before the current match Benfica played 32 matches, earned 70 points, occupying the 3rd position in the Premier League. They have 21 wins, 7 draws and 4 losses. Being among the leaders is fully confirmed by the team's statistics. On average, they score 1.9 goals per game and concede 0.7 goals. It is important to note that their attack is most dangerous from 76-90 minutes of the match. During this time they have scored 5 times. It will be extremely interesting to see how this match is played.

Sporting does not tire of delighting its fans with successful performances this season. After 32 games, they have 82 points to their credit, ranking 1st in the Premier League. Already 25 wins with 0 defeats and 7 draws have been recorded in their statistics. Sporting shows particular regularity between 76-90 matches. On average, they score 1.8 this season, while conceding 0.5 goals per game. Let's see how the game goes in this match. So, what is the accurate football predictions ?

Let's summarize all of the above. Teams clearly do not intend to just give points to their opponent. And this only plays into hands of football fans. Such matches are filled with intrigue and unexpected outcomes and to make the viewing more interesting, we analyzed a large amount of club statistics and prepared an interesting option for a bet: we suggest placing a bet on “both to score - yes” of 1.85 with the odds.