Austin vs Seattle Sounders: who is stronger?

Austin vs Seattle Sounders: who is stronger? 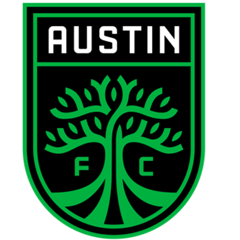 Вступление: "Black-greens" lost two of the last four matches, both times conceding two goals and never having distinguished themselves. The Saunders have never hit the rivals' goal only in 2 cases out of 13.

Austin are still winning only on major holidays, which is why the team continues to fall in the table lower and lower. Already Josh Wolff's charges have fallen back to tenth place in the Western Conference. In the long term, they can even fall to the very bottom if they win in one match out of ten.

It is clear that a large number of injuries also leave their mark, now there are six people in the owners' infirmary. But even with such losses, the team is trying to play efficiently, in terms of statistics, there were no failed matches. However, the flaws in the defense multiplied by the weak efficiency in the attack give such disastrous results as in the match with Los Angeles (0:2).

The Seattle Sounders had suffered their first defeat in the new season a few days earlier, leaving no one in the league who had never experienced the bitterness. As soon as the guests stumbled, Sporting Kansas City caught up with them on lost points, but they still need to win to catch up with the leader.

An impressive 13-game unbeaten run was interrupted by Minnesota. The team of Brian Schmetzer did not manage to break into the defense of the enemy, who, in the 81st minute, through the efforts of the Finnish legionnaire Robin Lod, scored the only goal that brought success 0:1.

The leader will try to prove that its misfire last weekend was a trivial coincidence, especially since they cannot afford something like this a second time, otherwise they can lose the intermediate first place. The hosts, in the best case, can hope for a draw, but the victory is definitely not in sight for them today. With so many injuries and game problems, it is impossible to get three points in a duel against such a Seattle.

Our prediction is that Seattle Sounders will not lose with 1.76 odds from BC 1xBet.

Teams do not particularly like to delight spectators with goals (in matches with their participation, 1.8 and 2.3 goals are scored, respectively), so back in July, Seattle and its rivals together did not allow a game shell to cross the goal line more than twice. So why break with tradition?

The second bet is the total under 3 goals with the odds of 1.78.