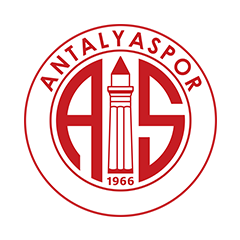 The previous match between teams ended in a draw. The opposition between Galatasaray and Antalyaspor during the previous football game on 02.01.2021 ended with the score 0:0 in a draw. To win the victory, coaches of teams developed strategies for playing the game and after previous fights made tactical amendments to the conduct of attack and defense on the field.

Antalyaspor seems to have relaxed, making a good touch before the relegation zone. The Scorpions are in 12th place in the standings with three points in their last five games. But such results are also quite understandable, given the relegation due to injuries of four leaders: Bunyamin Balji, Fedor Kudryashov, Sidney Sam and Nuri Shahin.

It is unclear what is happening with Galatasaray, who has won only five points in the last five fights. Given that the "lions" are fighting for the championship title with Fenerbahce and Besiktas, such results have led to the fact that the “lions” need to win back six points from the “black eagles” in the remaining six rounds. So, what is the soccer bet prediction for today?

We think it's worth playing because of the tremendous motivation of Fatih Terim's charges. Antalyaspor is now just terrible, having lost leaders and, having made a break from the relegation zone. Galatasaray simply has no choice but to give 100% in all meetings. The nearest one is no exception. The unbeaten streak is now nine games. We offer to bet on the "lions", although not for the highest coefficient, discarding the "head start".

Our prediction and bet is for a win of Galatasaray for 1.62.

The second bet for the match will be for total over (2.5).