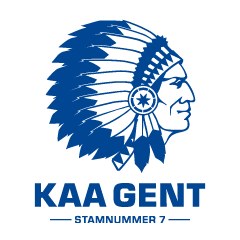 Teams played with each other three times and only in one of these matches they could not exchange goals. In each of their last six matches Gent have scored. Only in one of the last three matches Dynamo did not concede.

Last season Dynamo were not a contender for the title. Shakhtar Donetsk immediately went into a serious lead and at the end of the championship the Kyivans had to fight for the second line. Such an alignment did not suit the management of the club and in the summer the team was headed by Mircea Lucescu. An experienced specialist is called upon to put the team in a game and balance the composition.

Dynamo's main goal is to advance to the Champions League group stage, where the White-Blues have been unable to break through for three years. There is only one step left to reach the goal. The first rival of the Kyivans was the vice-champion of the Netherlands in the person of AZ, they managed to beat him with a score of 2:0 in Kyiv.

In the first match of the Champions League with “Gent”, “Dynamo” was greatly helped by the removal of Roman Bezus. In the minority the “buffaloes” could not resist for a long time. As for the Ukrainian league, after four rounds Dynamo is leading the table with 10 points, two points ahead of Shakhtar Donetsk.

“Gent” had a very high level last season. At the time of the stoppage of the championship, the “buffaloes” were on the second line in the table, having received the right to play in the qualification of the Champions League. However, at the start of the new season, the club's management arranged a coaching leapfrog, which made a serious imbalance with the team's game, but the Buffaloes passed the first rival in the Champions League.

There were no serious problems with Vienna Rapid. Gent scored twice and conceded only once in response. The home game with Dynamo was a failure. In the first half of the meeting the Belgian vice-champion still resisted, but remaining in the minority completely fell apart, losing 1:2 and seriously complicated the task.

In the Belgian championship, "Gent" also has serious problems. After seven rounds it is 15th in the table and is only three points ahead of the relegation zone.

Dynamo played well in Belgium, but it can hardly be said that the Kyivans dominated during the meeting. Both goals came not without luck. One might even say, they became accidental, especially since the Buffaloes were outnumbered.

The Belgians have not so many chances to break into the group, but they are unlikely to come to Kyiv doomed. Despite all their problems, the “buffaloes” have quite a solid attacking line. The team scores steadily. Dynamo does not lose in the class and they are definitely capable of giving a fight to “Gent".

Considering the result of the first match, the game in Kyiv will obviously be more open. Guests need to score and the Kyivans are unlikely to stay dry, but the hosts will also have room for counterattacks, so the match will most likely be productive.

We believe there will be goals in the match. The forecast is both will score. In BC 1xBet, this outcome is offered with odds of 1.77