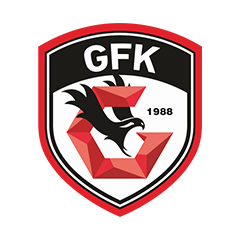 After the quarantine, Kasimpasha is playing very aggressively away, scoring two goals in each of the three previous away matches. Gazisehir Gaziantep scores in absolutely every match of the summer part of the season.

Gaziantep looks good this season. True, the second half of the championship is not going as it should. In the first five games, the team suffered three defeats, but still managed to win two matches over Sivasspor (5: 1) and Rizespor (2: 0). In seven further meetings, the club could not get Victoria, but in the 30th and 31st rounds it was able to distinguish itself in fights with Denizlispor (1: 0) and Konyaspor (3: 1).

The Red-Blacks are in eighth position in the league with 42 points in the piggy bank. They also participated in the Cup of the country, where they managed to reach only the 1/16 finals and lost at this stage to “Kirklarelispor” (4: 4).

Kasimpasha is on the 11th line in the standings. The team looked terrible at the start of the second half of the year. In five meetings they could not get a victory, but in the next ten matches we could observe seven victories and only one defeat from Besiktas (2: 3). The club plays well enough away.

The last five away games have gone well. The Apaches managed to score two victories, draw once and fail twice. The "white-blues" managed to excel in the matches against "Genchlerbirligi" (2: 0) and "Yeni Malatyaspor" (2: 1).

The match will bring together two teams that show excellent results. Gaziantep has been doing well lately, especially at home. In ten meetings, they have only one defeat. Despite the poor play in the first half and at the beginning of the second, guests worked on themselves and already in the past ten matches we can notice only one defeat.

We offer to bet on a large total. Both clubs delight us with an abundance of goals. Hosts have been scoring on their home field for six games and Kasimpasha failed to score in only one of six matches away.

Our prediction is that there are more than three total goals in BC 1xBet for 1.79.